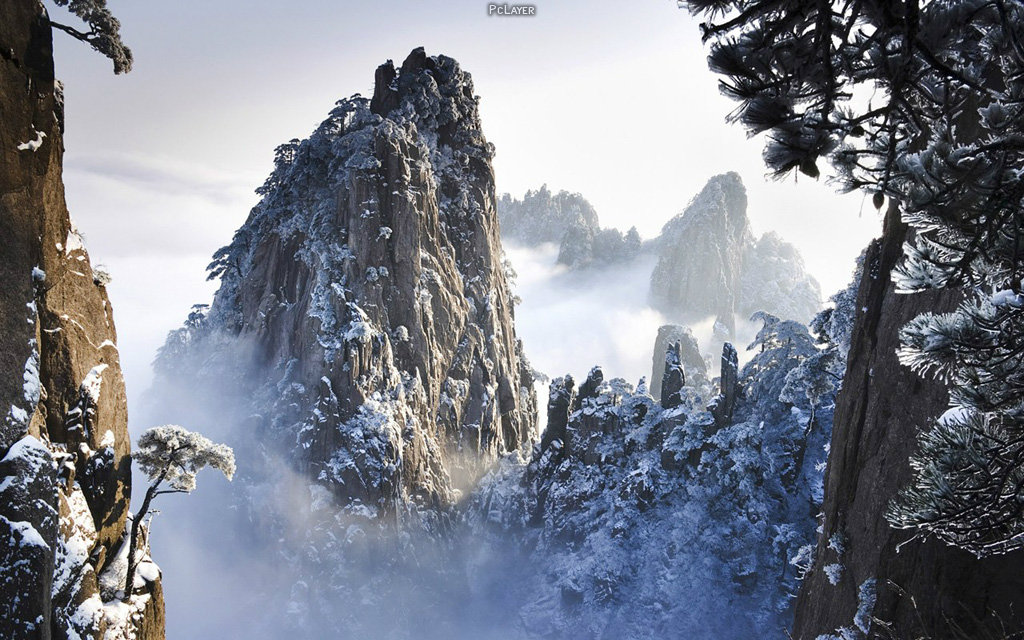 Scraping the skies at nearly 8,000 feet high, Shaanxi province in China holds one of the worlds most sought after hiking experiences in the world. “Experience” being the key word to most tourists and locals alike as the Huashan Trail provides a “near death” experience for all who attempt its treacherous beauty.

One of five of China’s Sacred Daoist Mountains, Mount Huashan is comprised of rich history dating back to the second century BC. While the great mountain holds otherworldly beauty and ancient temples throughout the hike, it also holds a staggering death rate per year. With strict censorship and privacy laws, Chinese officials have no recorded documentation on the certain amount of deaths or rescues. An locally estimated 100 deaths per year surround the cumbersome deathtrap of winding trails.

We initially looked into China tours from The China Travel Company knowing how much danger was involved in seeing these areas for ourselves, it proved to be a great place to start. After no time at all we were setup with the best package to maximize the time we could spend in the region. While our tour in no way compares to the actual climb, we probably learned just as much from our knowledgeable guides. 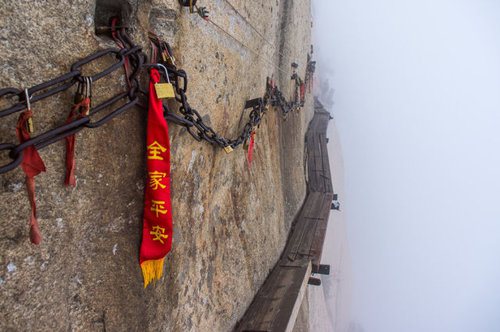 Natives consider the life threatening hike as both honor and religious duty as the local monks make the climb quite often. Visiting daredevils make up majority of the curious hiking population and unfortunately most of the death tolls.

Among the perils of the five peaks that make up Mount Huashan, the South Peak is among the most dangerous and coincidentally the highest in elevation. With only a chain running along the side of the peak, a 13 foot long and only one foot wide wooden plank walkway is what is between you and your destination as well as certain death.

Even worse, the planks that are nailed and screwed together are not regularly maintained and are naturally worn down due to the rigors of mother nature. Some parts of the hike for survival include metal poles wedged in between crevices as a makeshift ladder and even less, foot and hand holes with only one chain harness option.

If hiking or rock climbing is your calling, the heart pumping, death defying trails that make up Mount Huashan is why the Huashan Trail owns the title as the world’s most dangerous hiking destination.