There are two ways to get to the monastery, a 3 hour hike up or a  funicular railway which takes you over a large gorge. A funicular is essentially just a large monorail that can fit about fifty people. Now I may be afraid of heights but I am even more afraid of exercise! So we took the funicular and we were up to the monastery within 10 minutes. 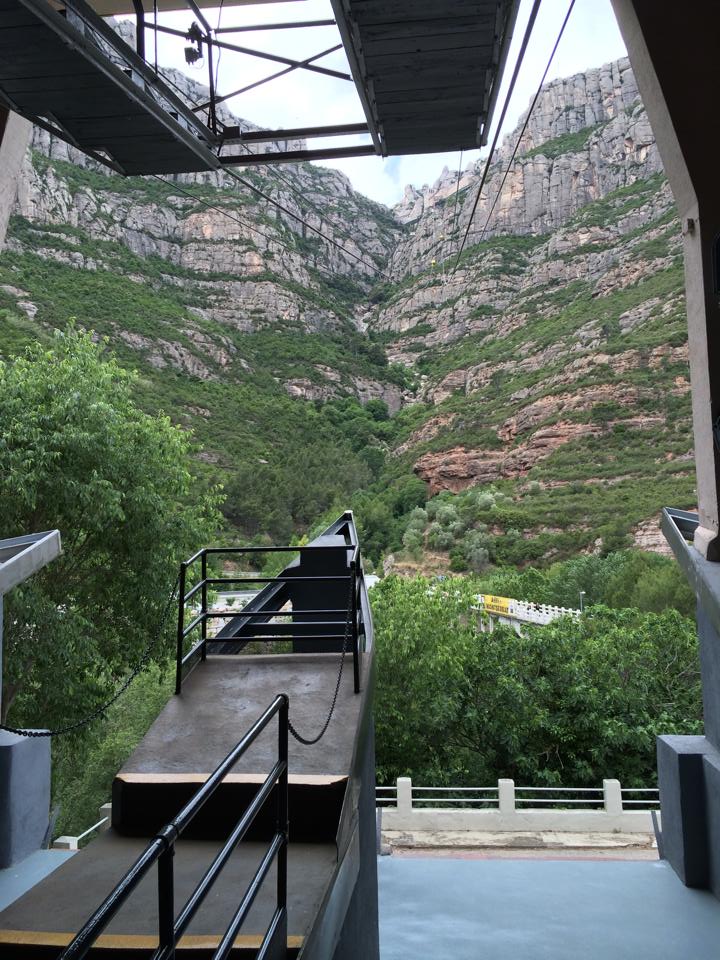 Next, we took a few moments to take in the incredible view before entering into the monastery. I have no photography experience but I think that this iPhone picture might be one of my greatest. 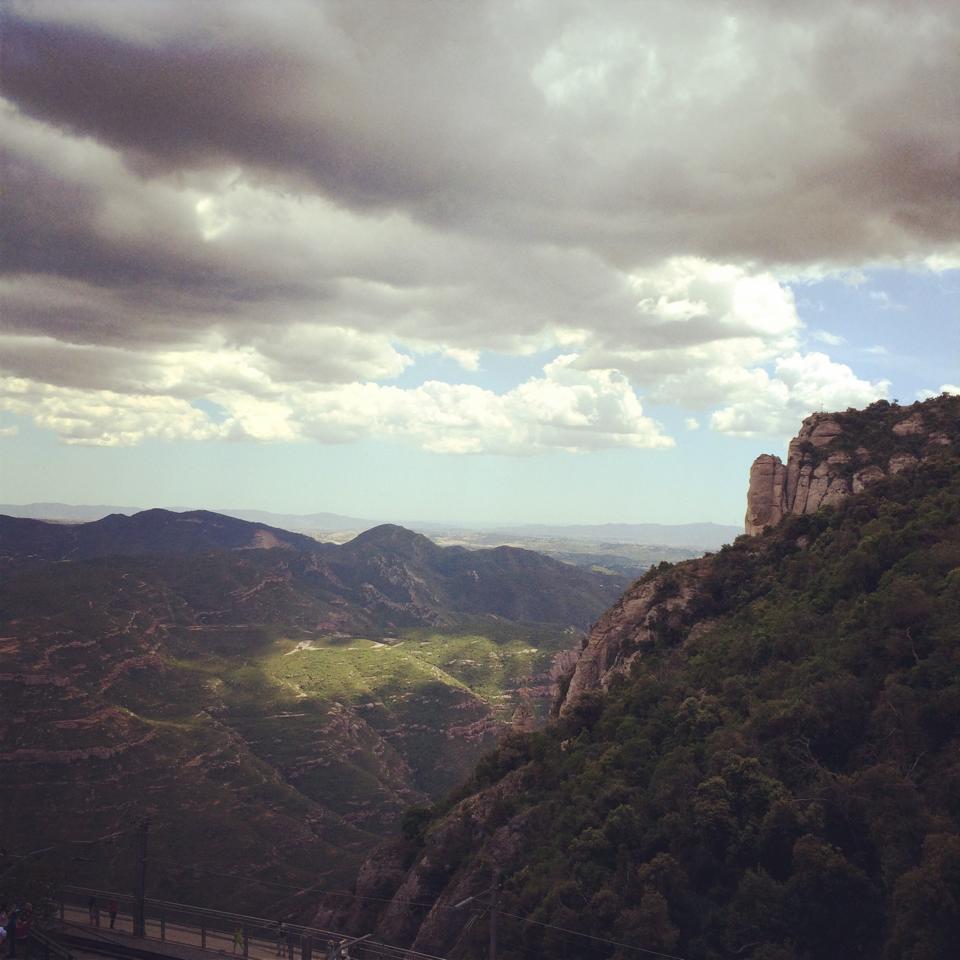 As soon as we started snapping photos the skies opened up and it started raining. We moved our way inside of the monastery and got in line to see the Virgin of Montserrat, a statue of the Madonna and child carved from wood. Many believe that the sculpture was carved in the early days of Christianity.

However, researchers in 2001 carbon dated the statue to sometime in the 19th century. Anyway we waited about an hour to see the statue and then you place your hands on the orb in the Virgin’s hands. It was pretty cool!

After waiting in line we grabbed probably the worst meal that I had during my time in Spain at the Montserrat cafeteria. It wasn’t terrible just the equivalent of McDonald’s in the U.S.

After a less than satisfying meal we went on a quick hike up the mountain for a little bit of need exercise.

After finishing up the hike we took the train back to Barcelona and I made some Italian meatballs and pasta.