You might be under the impression that the food and drink in Norway is similar to that of the UK; there’s not a great distance between us, after all. But you couldn’t be more wrong. They have an extensive menu of delicious and unusual delicacies that you should definitely try when visiting Norway. You can also sample the very best of these dishes on board all the Hurtigruten cruise ships that explore the Norwegian coast. 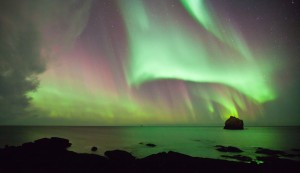 Let’s start with what has been voted the Norwegian national dish: fårikål. This is a fairly basic stew of boiled mutton and cabbage. Nothing to criticise but many foreign visitors don’t see why it’s the national dish, as it’s a tad plain. Still, it’s a hearty meal for the cold weather.

Norwegian salmon is some of the best around, as it grows more slowly in the icy waters, producing firmer flesh and richer flavour. Gravlaks is reminiscent of smoked salmon, which is marinated in salt, sugar and spices, then left to ferment.

Definitely Worth a Taste

The Nords like to cure, dry and/or salt a lot of their meat and fish, and some may not appeal to all palates. Fenalår is a cured and seasoned leg of lamb, which for lamb lovers, is very tasty. Salted, dried and smoked lamb’s ribs are known as Pinnekjøtt, and are steamed over birch branches; slightly unusual, but full of flavour nonetheless. Unless you’re very sentimental, you should tuck into a reindeer steak, which is not unlike venison – just don’t think of Rudolf. If you have one dessert in Norway, it should be multekrem, so you can say you’ve eaten a dish made from whipped cream, sugar and the heavenly named cloudberries. The taste is somewhere between a raspberry and blackberry. Multekrem is often served with cake.

Go On, Be Brave

The following dishes require a bit more of an adventurous streak, so Shrinking Violets need not apply! Smalahove is a whole lamb’s head that’s been salted, sometimes smoked and dried. Then it’s boiled and served with swede and potatoes. The entire head is eaten, often including the eyes, and probably tastes much nicer than it looks. Rakfisk is normally trout that’s been fermented for months or even a year. It’s eaten raw with onions and flatbread; surprisingly though, the smell and taste are said to be quite formidable. Breath mints not included.

Whatever your taste in food, Nordic cuisine has something for everyone. Immerse yourself in the culture, and sample as many of their delicacies as you can!