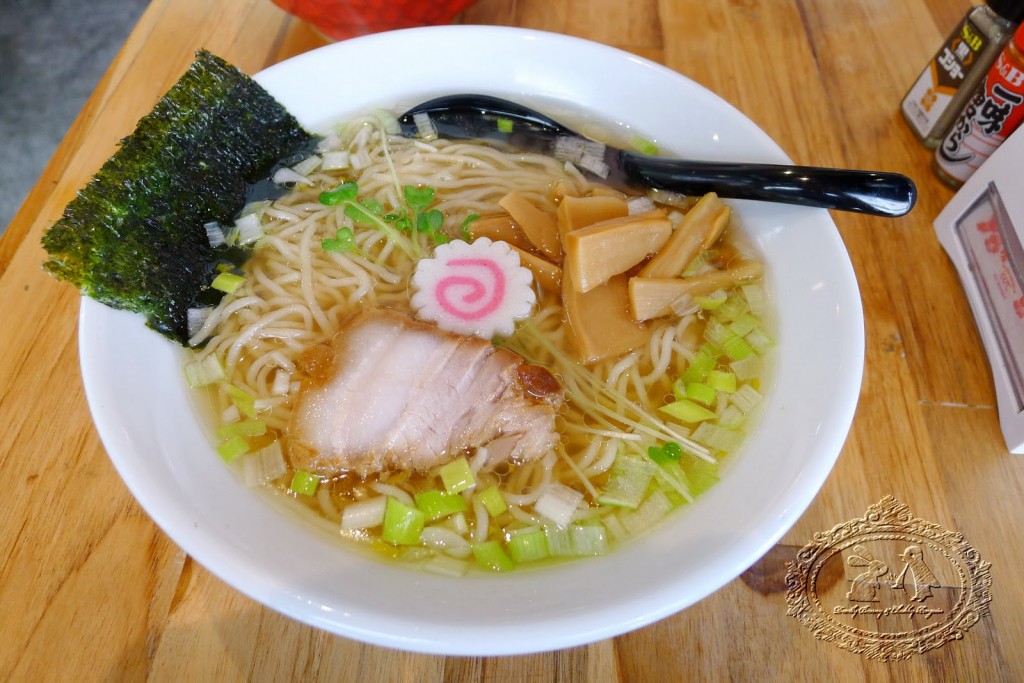 When most Americans think of Ramen the first thing that comes to mind is the dry noodles and the “flavor dust” packets popular among college students.  However, ramen has been a part of Chinese and more predominately Japanese culture since the last 19th century. Ramen noodles were originally made from a single piece of dough which was stretched and twisted.

The noodles are machine made today but contain the same basic ingredients, flour, salt, water and an alkaline mineral water known as kansui, which gives ramen it’s distinctive bounce and texture. There are several different types of noodle as well as different types of broth which will be outlined in this article

The basis of any great ramen comes from the broth. While these broths contain relatively simple ingredients it is exceptionally hard to perfect them. Broths are made from roast chicken bones, pork bones, or a combination of the two. In some recipes dried fish (tuna or anchovy) and seaweed are simmered with a meat broth to create  purer clear broth. While all broths are relatively similar it is the flavoring that sets different ramen apart. Here are the different aspects of flavor that create a ramen broth.

This means salt and is how most Ramen is flavored traditionally. All western broths (including that flavor packet) are considered Shio ramen. Salt does not affect the color of the broth so Shio tends to be light colored or clear. Not surprisingly Shio ramen tends to be saltier than other flavor variations.

Shoyu means soy sauce and is the next oldest flavor type. Made from fermented soy beans Shoyu is used to make the broth salty. The soy sauce is not your typical Kikkoman variety and often contains secret ingredients to elevate the broth. The broth for Shoyu is the only broth that contains no pork bones. Shoyu is also clear with a dark and sweet flavor to it.

In modern times, Miso paste has been used to give Ramen it’s savory flavor. It is apparent that Miso has been used because the broth is opaque. While Shio and Shoyu flavors enhance the broth, Miso has a distinctive taste all it’s own.

While technically not a flavor as it contains no salt Tonkotsu has become quite popular in Japan. Made from boiling ground pork bones for 12-15 hours until all the collagen has dissolved into gelatin. The result is a white soup with a flavor quite distinct from it’s counterparts. To be clear, a  broth made with whole pork bones is simply a pork broth, when the bones are ground that’s when you have a Tonkotsu.

The most common meat served in Ramen is Chashu, hailing from China, a braised pork belly  compressed into a cylinder and served in slices. The pork is traditionally braised in a mixture of soy sauce, mirin, sake and sugar. Many claim that Chashu is the toughest part of preparing Ramen. Less traditional ramen shops will serve their noodles and broth much like the Vietnamese Pho which is served with incredibly thin slices of raw meat which is then cooked in the simmering hot broth. Seafood can also be found in Ramen but is not considered traditional as the flavors clash with the chicken or pork broth.

Another popular addition is Ajitama or a soya boiled egg with it’s yolk still runny.

While most Ramen is sold “as is” there are a few possible options for gussying up your bowl. The most common toppings include Nori (seaweed paper), Wakame (re-hydrated seaweed), Bamboo shoots, Scallions, leeks, kikurage mushrooms, fried garlic, pickled ginger and bean sprouts. 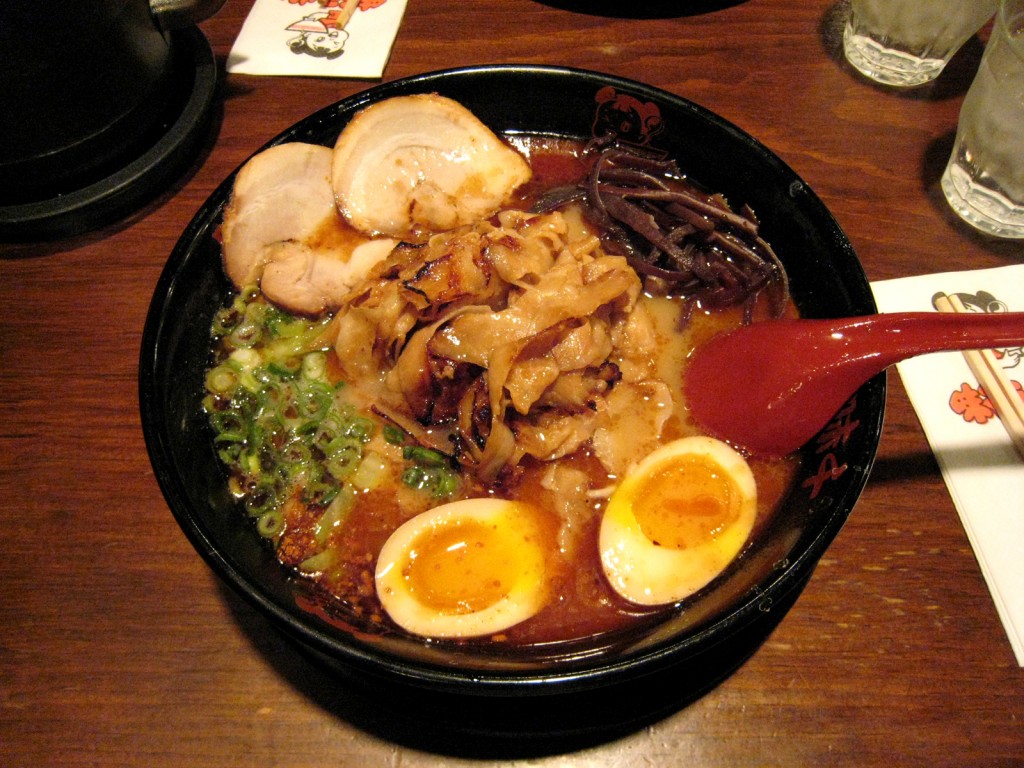 Tokyo style is the most well known shoyu flavored ramen. Chicken stock and shoyu are mixed with dashi to produce the distinctive Tokyo style ramen. Tokyo ramen is traditionally served with Chashu, Kamaboko, and topped with leeks and bamboo shoots.

Another shoyu type ramen, Asahikawa is distinguished by its combination of seafood and pork with an oily stock. Created with cold weather in mind, Asahikawa uses roughly the same toppings as the Shoyu ramen from Tokyo. 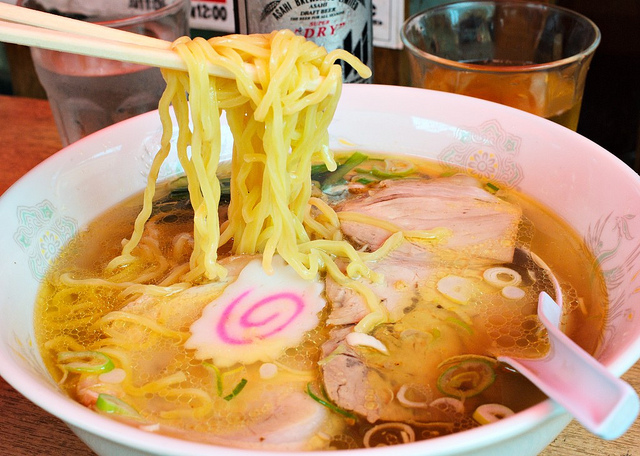 The quintessential Shio flavored ramen, Hakodate style ramen has remained unchanged since it’s inception in the 19th century. Hakodate is made with chicken broth resulting in a yellow colored soup and is often served with chicken meatballs.

Also known as Tonkotsu, Hakata style ramen originated on the Southern island of Kyushu where most Japanese pig farms are housed. Hakata is a district is Kyushu’s Fukuoka City, Hakata is recognized as the standard for Tonkotsu. Hakata is typically topped with Chashu, egg, scallion, sesame seeds, and pickled ginger.

Another type of Tonkotsu ramen, Kurume was long thought as the original way before it was modernized in the Hakata style. It is similar to Hakata but much richer and fattier from it’s inclusion of the pig’s head, and feet to the broth. The noodles of this variety are topped with fried pig lard and dried seaweed. 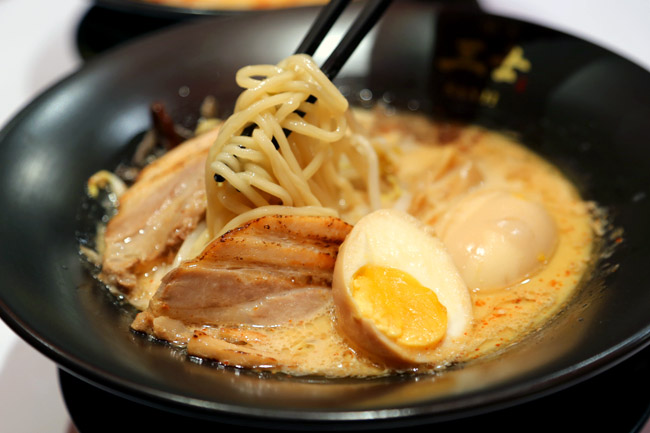 Another Tonkotsu, Kumamoto style ramen is lighter as it is made with a mixture of pork tonkotsu and clear chicken broth. Kagoshima is home to Kurobuta pork, which makes their chashu as the more appetizing. Different types of noodles are also served in this dish, as opposed to the thinner ramen noodle.

This type of Ramen has a unique shoyu flavored soup made from pork broth mixed with dashi made from dried anchovies. It originated from the city of Kitakata in Northen Honshu which has the highest number of noodle shops per capita. Kitakata style uses flat noodles and is served with sliced pork belly, leek and fish cakes. 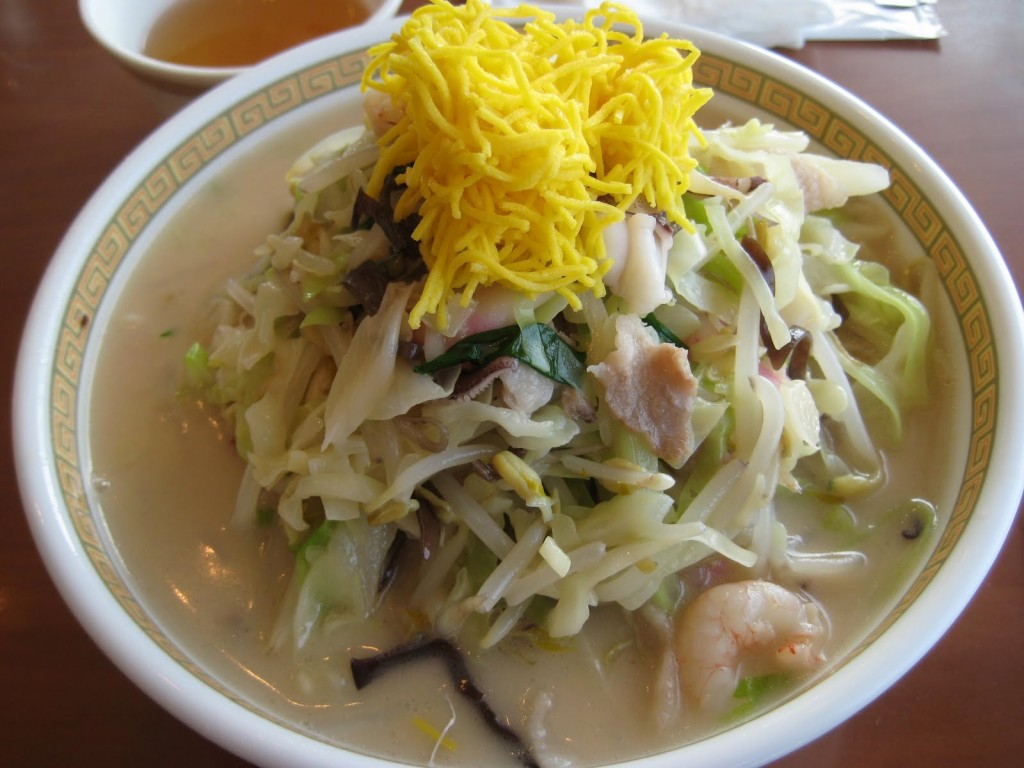 A Nagasaki specialty, Champon was invented by a Chinese cook in Meiji era (19th century) as an affordable “fast food” for Chinese students studying in the sity. It is served in every restaurant in Nagasaki’s Chinatown and is the only ramen from Kyushu that does not use a Tonkotsu broth. Unlike all other Ramen, Nagasaki Champon uses noodles that are prepared in the soup itself. Champon is often served with a fried mix of pork, seafood and cabbage.

The city of Sapporo is in the Northern Island of Hokkaido and is home to the miso flavored Ramen. Sapporo style was created by chef Omiya in Sapporo in the 1950’s. Chicken and pork bones are used to create a broth which is then combined with miso paste to create a rich, hearty soup perfect for the winter months. Unlike other ramen Sapporo often features natural produce in the toppings including butter, corn, leek, and roasted scallop in the soup.

Tokushima style rame is the most popular style ramen on Shikoku island, the smallest of the 4 main Japanese islands. Its is a bit of a cluster as it includes both tonkotsu and shoyu flavors which results in a deep brown color. Then the ramen is served with a raw egg which “poaches” within the hot soup. It also includes a stewed pork rib instead of pork belly.